Space wolves were the first minis I ever painted. It was one of the mk7 box set from around the RT era, but I painted em as space wolves. Cos they were cool, and they still are. Them and the BA are the two sub-groups of space marine I feel kinda sorta do deserve their own codexes. Job's a good un, Andrew.

Also, nice job on the golem, Ash's niece - bright and cheerful, but no less stompy for it

As for me, I finished a warband! Huzzah! One down, 5 to go...
apologies, btw, for the terrible colour in the picture. I have no idea what's going on there. It's the usual iphone pic, but it's all kinda washed out and also too contrasty. Anyway - theyre mediocre paint jobs anyway, so no great loss. 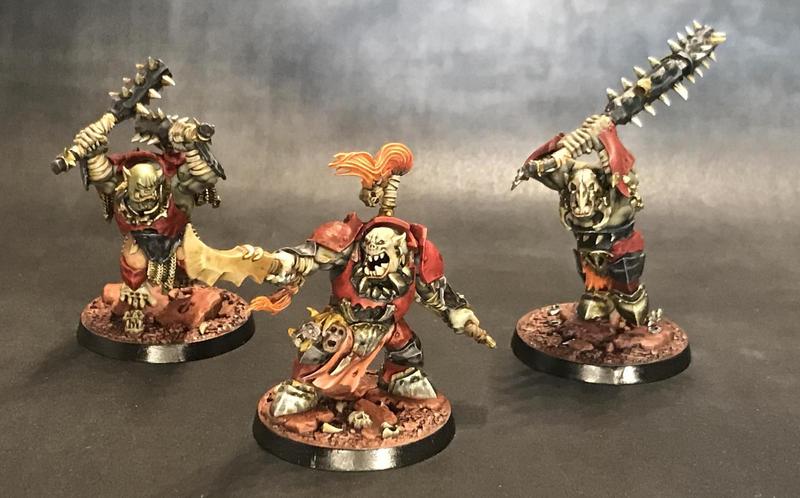 *edit* just because it was annoying me, here's another pic taken with a better camera. 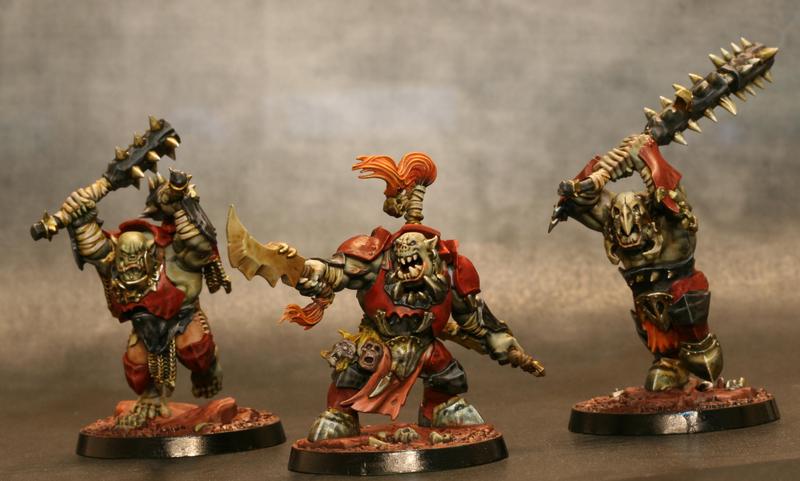 and just for shiggles, since I'm on my PC now, the same pic, but diddled a tiny bit in photoshop to make the colours truer and suchlike. 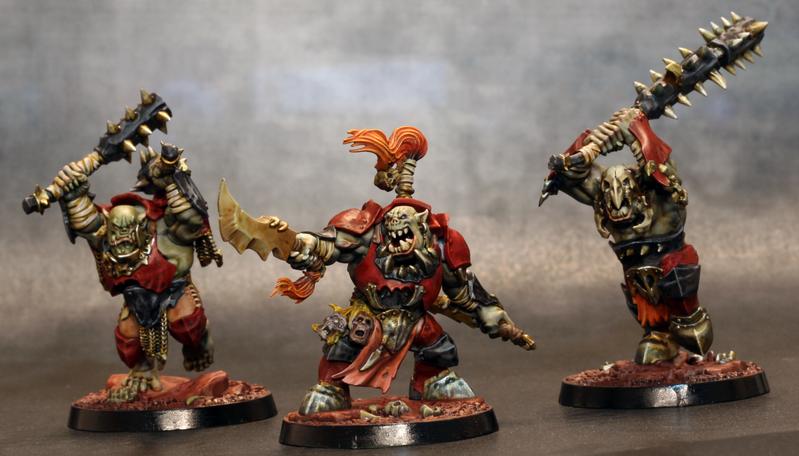 Here endeth the lesson. Use a decent camera, dave.

Love it! (And I actually dig the desaturated look the camera game them.

I went up to Ichinomiya today for a day of Underworlds, and managed to spend all my winter bonus on warbands and titans. Whee!
Feel free to call me Dave!
-----
Miniatures painted in 2021:
Adeptus Titanicus: 16 Knights
40K-iverse: 9 infantry, 1 vehicle
Current backlog: 44 models in 13 lots
Top

Nice work all around, all. Especially the candy golem

I want to try running a mechanized infantry list for three 40k games on Monday now that I have a few veterans ready. Problem: none of my chimeras are painted.
So today I laid down base paints on all my chimeras and hellhounds. Definitely a work in progress, but I think this is about the minimum level to game with. (I'll try to paint the weapons tomorrow as well to make them more distinguishable).

Side note: I went with spray paint this time instead of an airbrush, and I feel really stupid for not having done all my tanks like this. This was so much simpler. (I'm sure an airbrush is better for precision, but I don't need precision for this...) 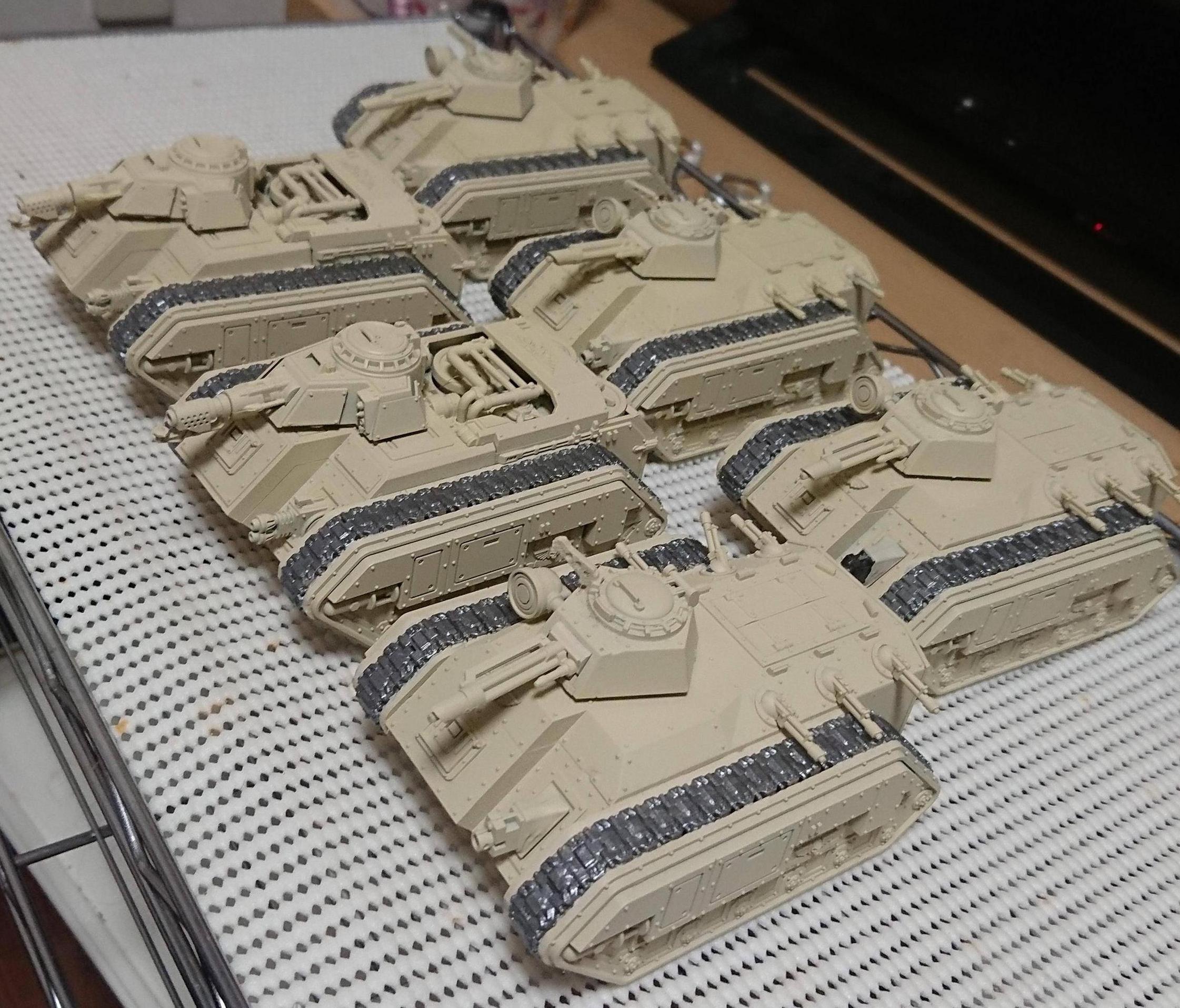 @AGP - Nice work on the classic Space Wolves.
@Ashdevon - The Golem looks cool.
@M_i_J - Beautiful, but where's the Swoosh?
@Dekana - Rattle cans seem like a good choice when you have that many tanks to paint.

Recently I painted up a few minis I got from The Underdweller just before Christmas.
Some reinforcements for my Orc Blood Bowl team.

These fellows are from the 2nd Ed. box set, which was the first to include plastic minis. (1st ed had cardboad standees).
The rest of my team is from the slightly more dynamic 3rd ed. set, with the exception of the troll from Reaper.

@Dekana: Isn't it just nice having an airbrush?

@prim: Green orcs! my favorite. You have a real talent with speed painting.
Top 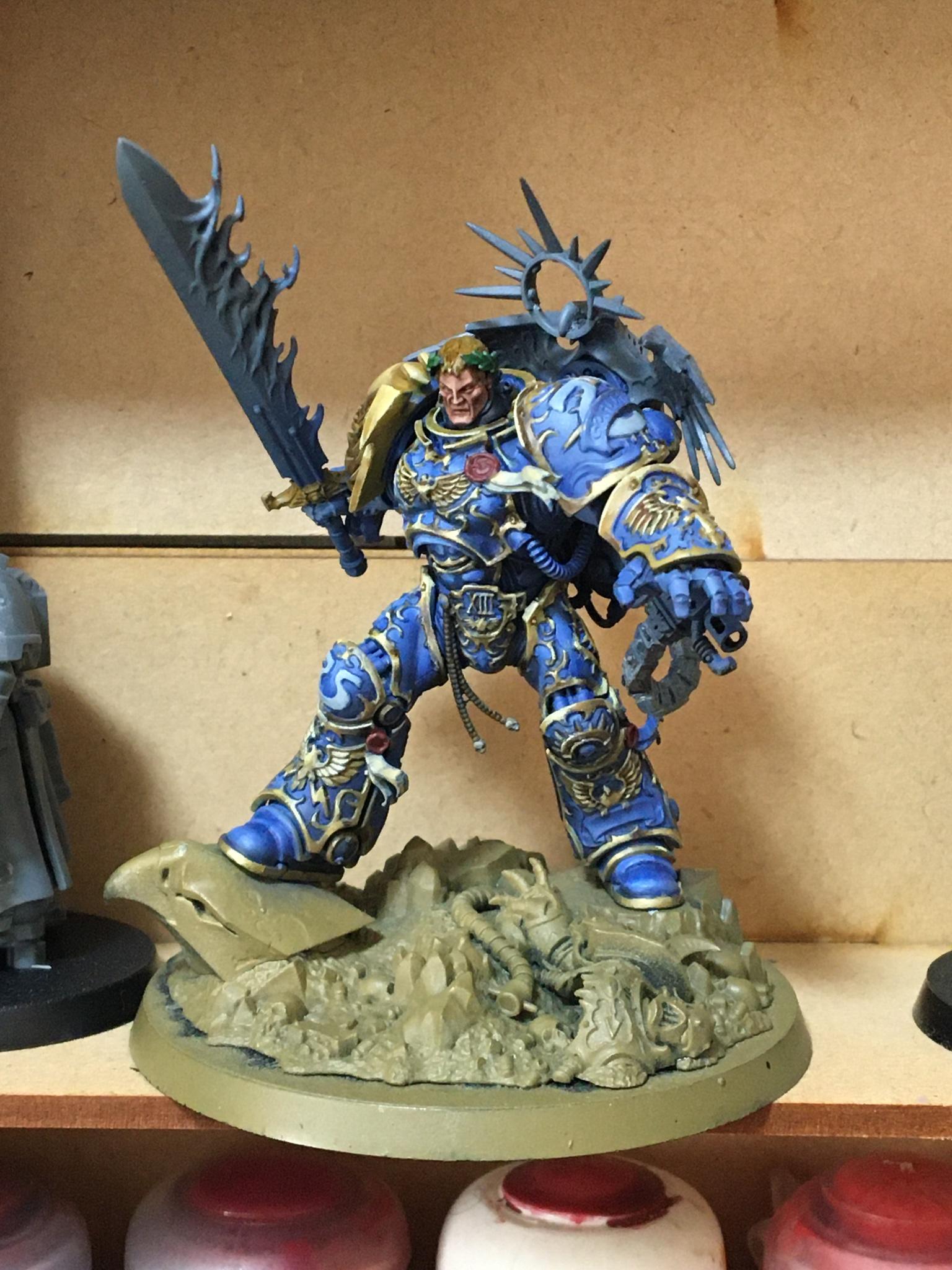 Some more bits and pieces.
A Mausoleum (the back corner has since had a wash applied). I dig those crusaders!

I haven't been painting too much this week (my hobby room is chilly, which lowers the motivation a bit), but I did FOMO / YOLO and spent 4500 yen on one of the Grand Alliance Dice Packs for Underworlds (I got the emo red ones!) - FOMO because they sold out and were memory-holed on the GW web store in like a day, probably never coming back - and man if I'm not glad I got them. Really nice dice, better quality than the standard Underworlds dice.

Hopefully tonight I'll finish getting the base colors down on the knights-lancer on my desk at the moment. I suddenly have a backlog again after spending my December bonus at Plamojuku

@Prim: Love that count and countess. Vampires are cool. I thought about starting blood angels but I've got a lot on my plate right now.

still many ultramarines need touching up, not to mention Necrons! In colours of the Sarekhan Dynasty under the command of the Silent King himself! (I don't have him though) 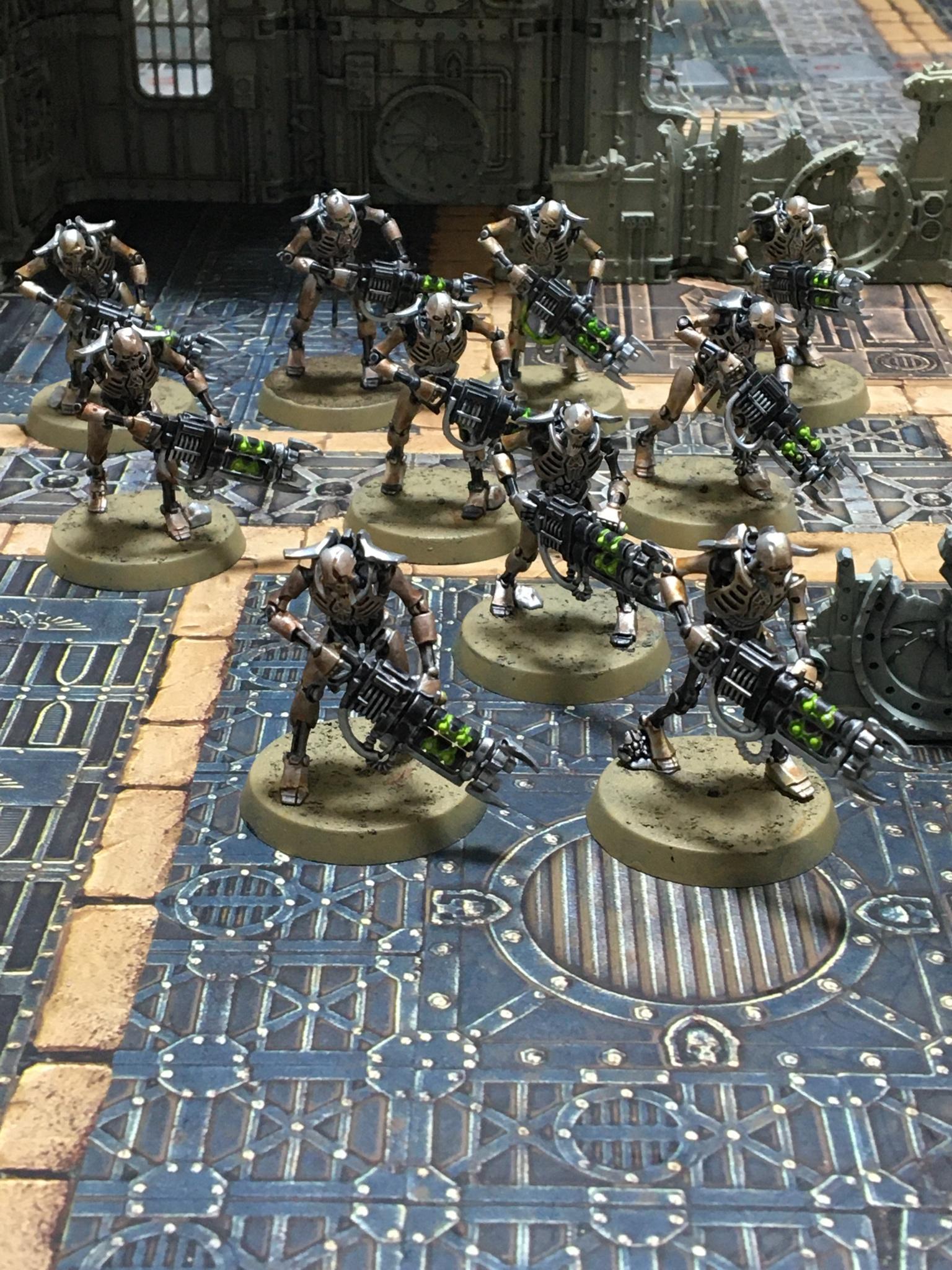