I ran into town to pick up some primer yesterday, so I'm getting back into the titan matsuri after a couple days off - warhounds'll be next, I reckon.

I've also, on Auxryn's advice, been playing Mechanicus on Steam, an extremely characterful and rather well-done X-COM-ish tactical game of AdMech versus Necrons. They've toned down a lot of the gross combos that made the initial release almost laughably easy, and even added a difficulty slider. Good fun!
Feel free to call me Dave!
-----
Miniatures painted in 2021:
Adeptus Titanicus: 1 Titan, 16 Knights
40K-iverse: 11 infantry, 1 vehicle
AoS-iverse: 61 infantry
Current backlog: 22 models in 5 lots
Top

I have only been painting sporadically of late (new dad syndrome!) but I have finally got a start on my Bolt Action Allied Narvik force for Bolt Action. I'm using the generic Noway defence force selector from Germany Strikes! as it contains a mix of Norwegian, BEF and French Foreign legion troops and vehicles (mostly using the lovely minis from Gorgon (https://gorgon-studios.myshopify.com/). 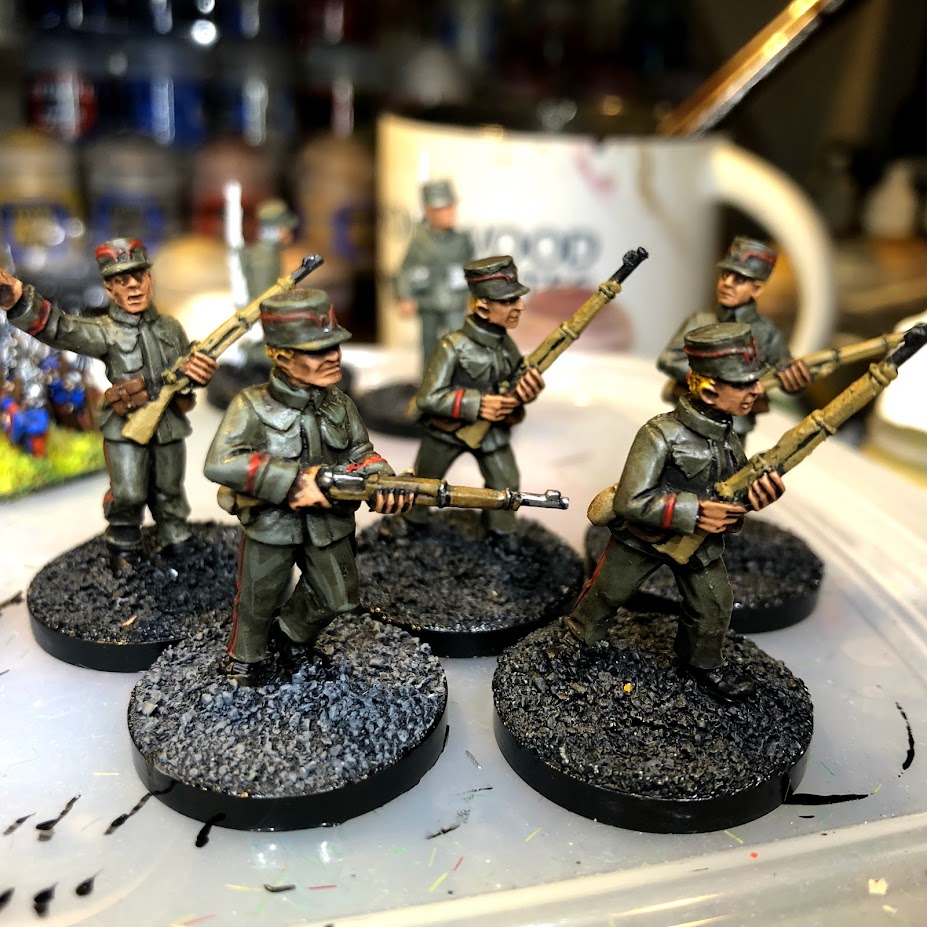 @YS - Does that tournament have a free BBQ?

@YS - looking good! Those are some nice-looking sculpts.

I got my summer bonus this week and splurged with the fifth titan for my little maniple. As that brings me to a full 5-titan maniple with knight support, and a comfortable 1750 points or so, I'll probably hold off on buying any more AT stuff 'til I get some games in, but man oh man do I ever love this scale after all (and the rules looking pretty tight is definitely a bonus).
Feel free to call me Dave!
-----
Miniatures painted in 2021:
Adeptus Titanicus: 1 Titan, 16 Knights
40K-iverse: 11 infantry, 1 vehicle
AoS-iverse: 61 infantry
Current backlog: 22 models in 5 lots
Top 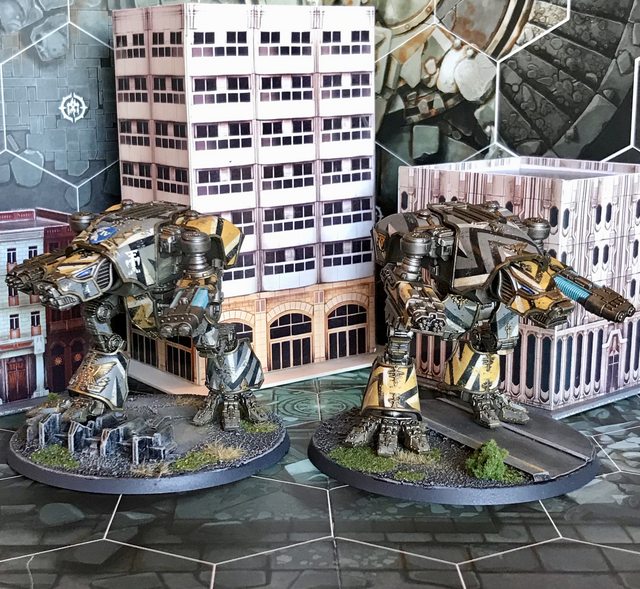 @ToD - Nice little doggies. I like how you have used different patterns on them so that they look similar without being uniform.
Now if they would just add infantry, AFVs, aircraft, artillery and other stuff to the game, it would start to look really tempting.

Thanks! The goal was to make them all look like Gryphonicus titans, while playing up the fact that even the smallest are unique god-engines that've been at war for (as of the HH timeline anyway) hundreds of years nonstop.

Side note for anyone interested - the plasma glow is one of the Contrast paints, "aethermatic blue" in this case, and it worked basically as advertised - a very simple way to more-or-less reproduce something that I could've done with inks and medium on my own, but that would have been fiddly. Worth the 1000 yen for the pot? That probably depends on how much plasma I'll be painting moving forwards.
Feel free to call me Dave!
-----
Miniatures painted in 2021:
Adeptus Titanicus: 1 Titan, 16 Knights
40K-iverse: 11 infantry, 1 vehicle
AoS-iverse: 61 infantry
Current backlog: 22 models in 5 lots
Top

You've certainly cracked painting Titans, dave - those are top notch. I assume you use templates/tape of some kind for the lines, cos those are crispy as all get out. Very nice work 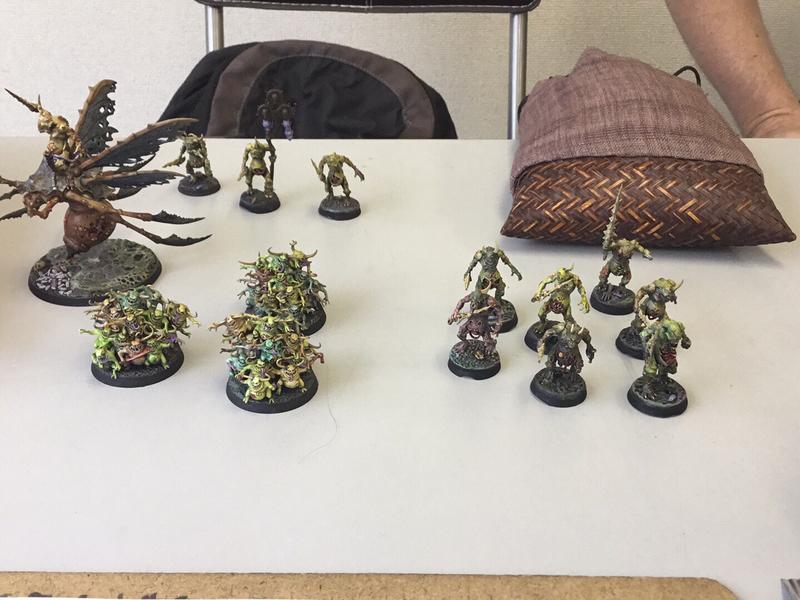 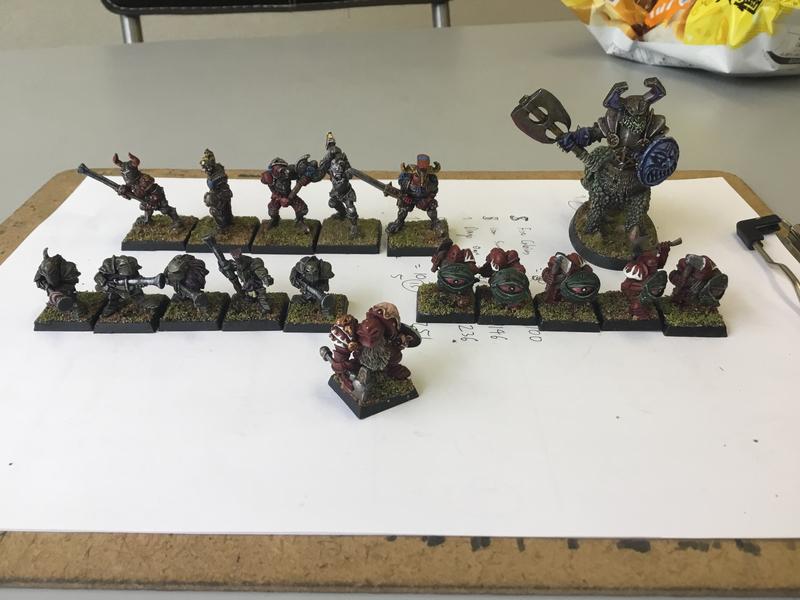 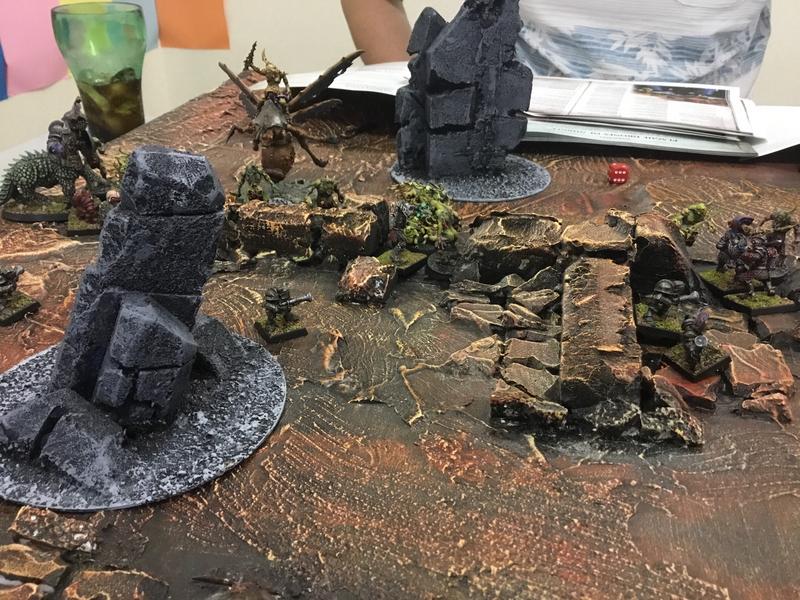