My first matchup was komura-san, and sort of a learning game for him (his first of 8th edition), and good fun. I'd internalized the hype about the durability of Custodes and used basically my whole army to take down his squad of 5 - and that is what it took - but ended up winning pretty handily. Second game was Badruck and his massive Tau horde, and it was a close thing, but some hot dice and just plain being more durable let me pull out the win. We only got through 3 rounds in the time allotted, and things might have swing the other way in rounds 4 and 5, but on the other hand I had my Gravis captain, a squad of Intercessors and a mostly undamaged Redemptor all set to threaten his flank of mostly fairly squishy infantry. Tau put out a lot of dice, but their lack of AP means they seem to struggle against Marines, especially if they're in cover. My third game was Miguelsan, and while I think I gave a good account of myself, a couple tactical errors (particularly spending more resources trying to kill a Vindicare than it was worth) and a lack of bodies to contest objectives in an objective-based game meant I was never really in the running. Good fun though!

Overall I think my army worked pretty well - the dunecrawler was a star, bigmarines are a solid workhorse unit, and even skitarii in cover can be hard to shift. I felt the lack of deep strikers in my third game, though, and am already thinking about new things to try out.

(I also discovered that the easy build Redemptor is robust enough to survive a four-foot fall onto a carpeted floor unscathed. Hooray!) 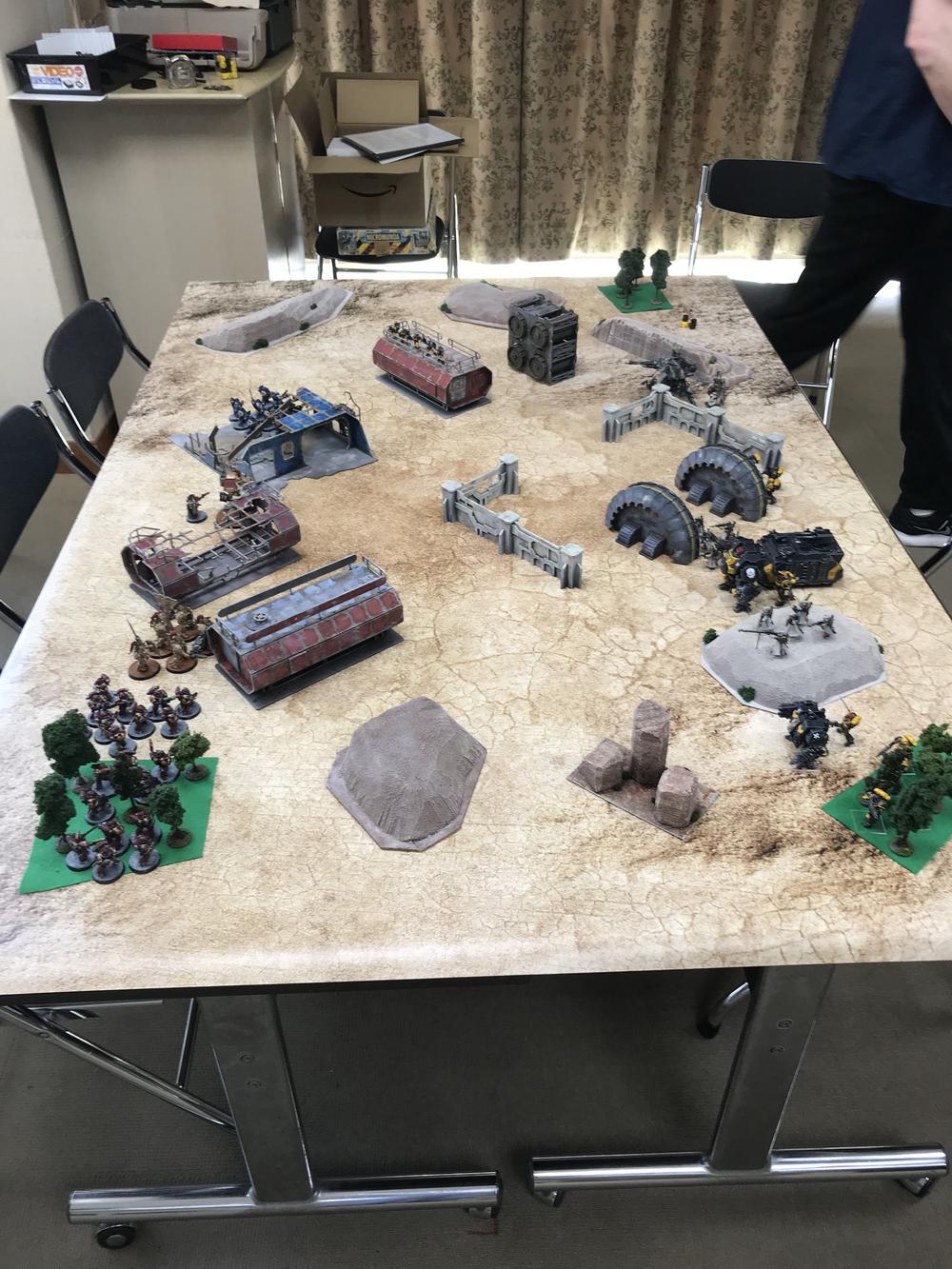 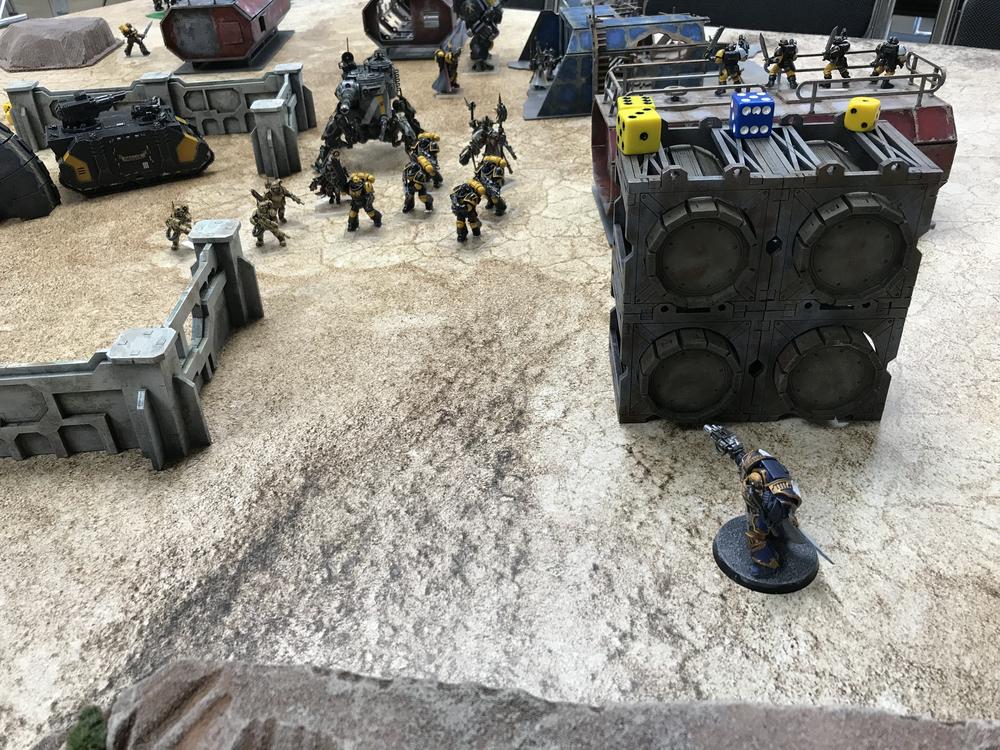 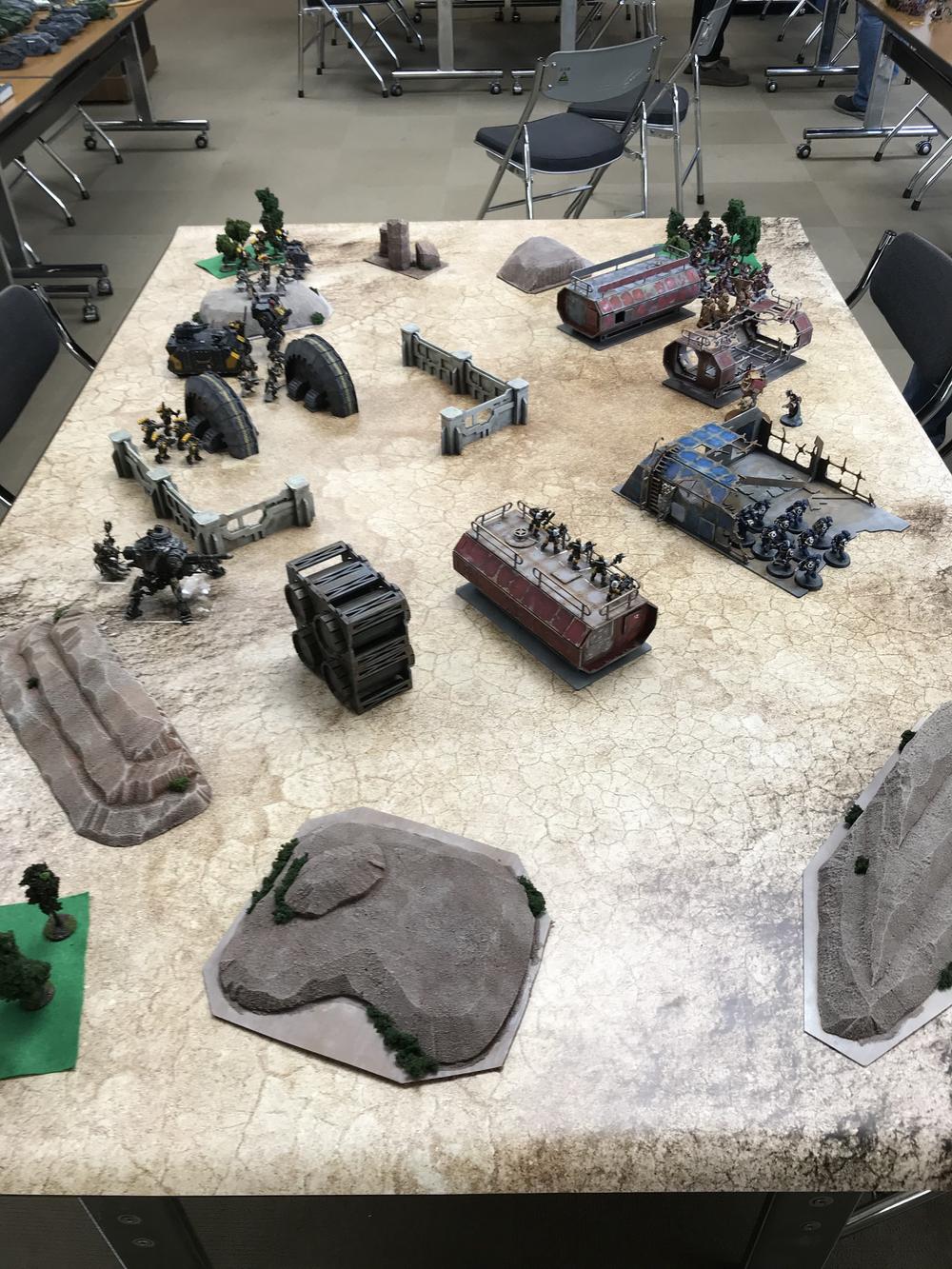 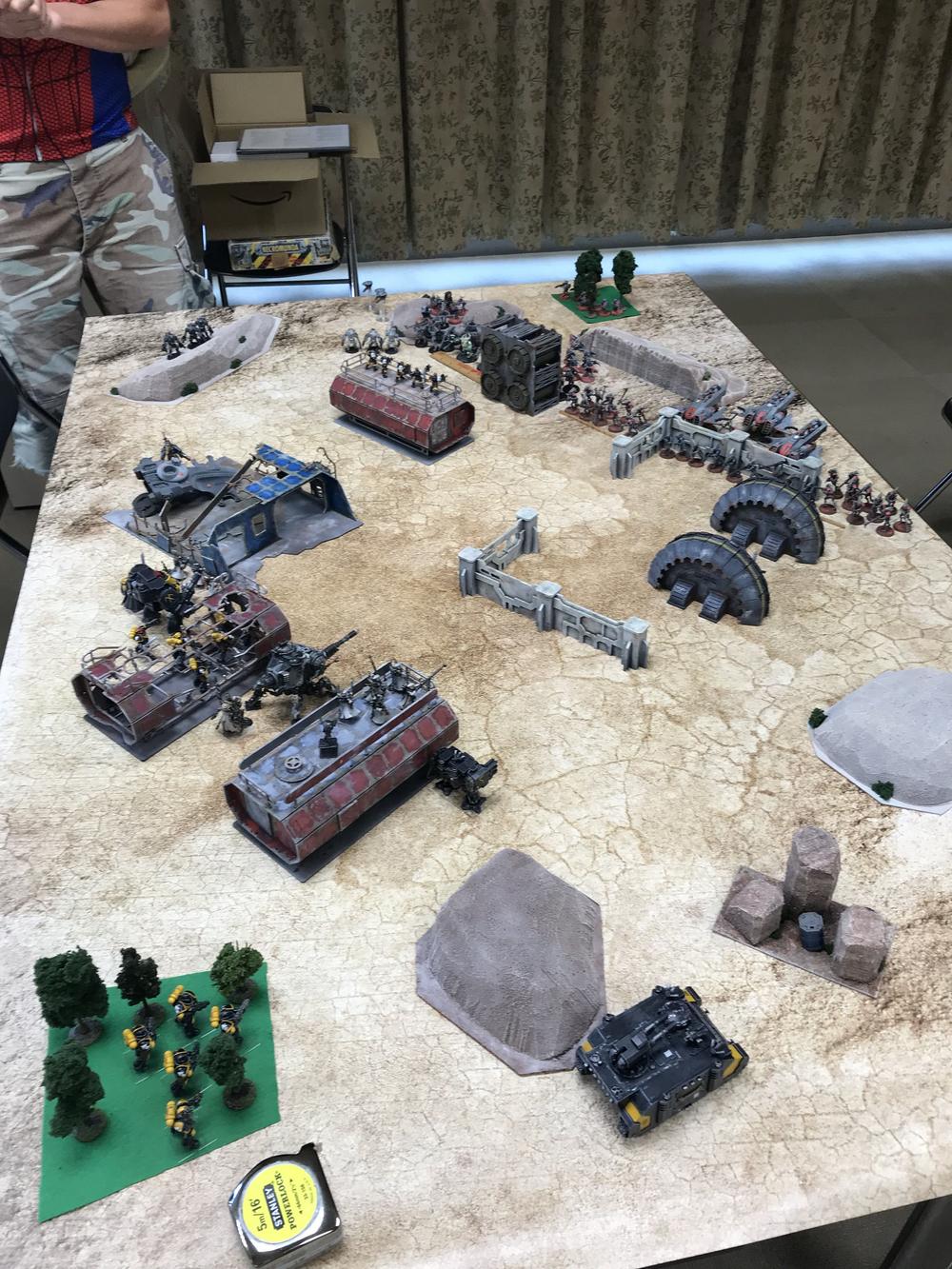 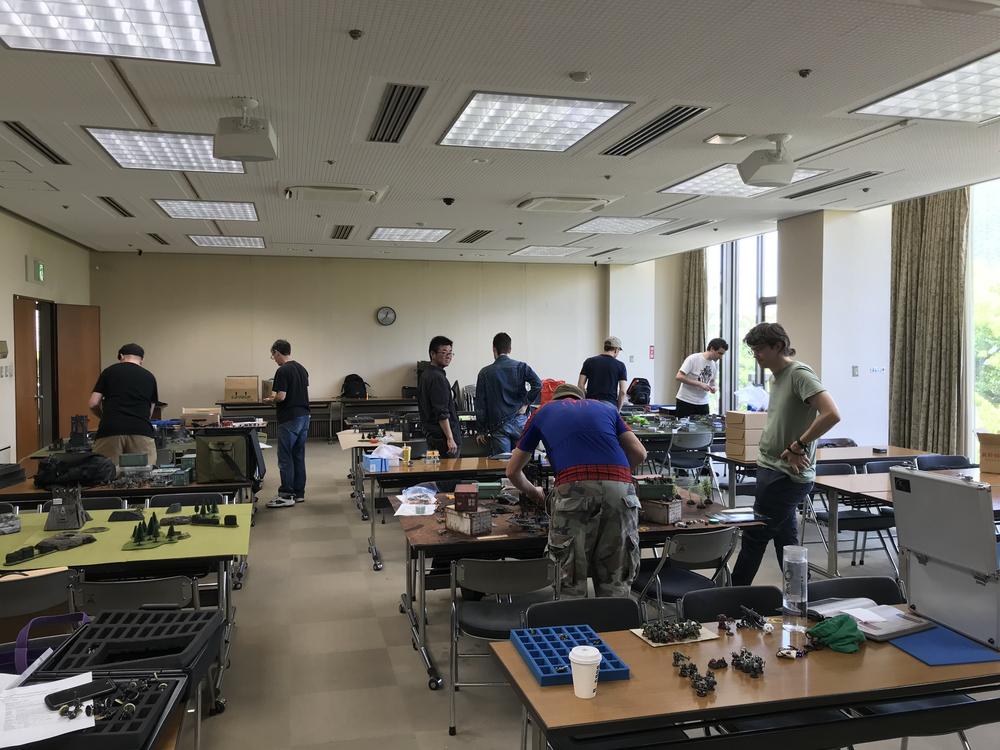 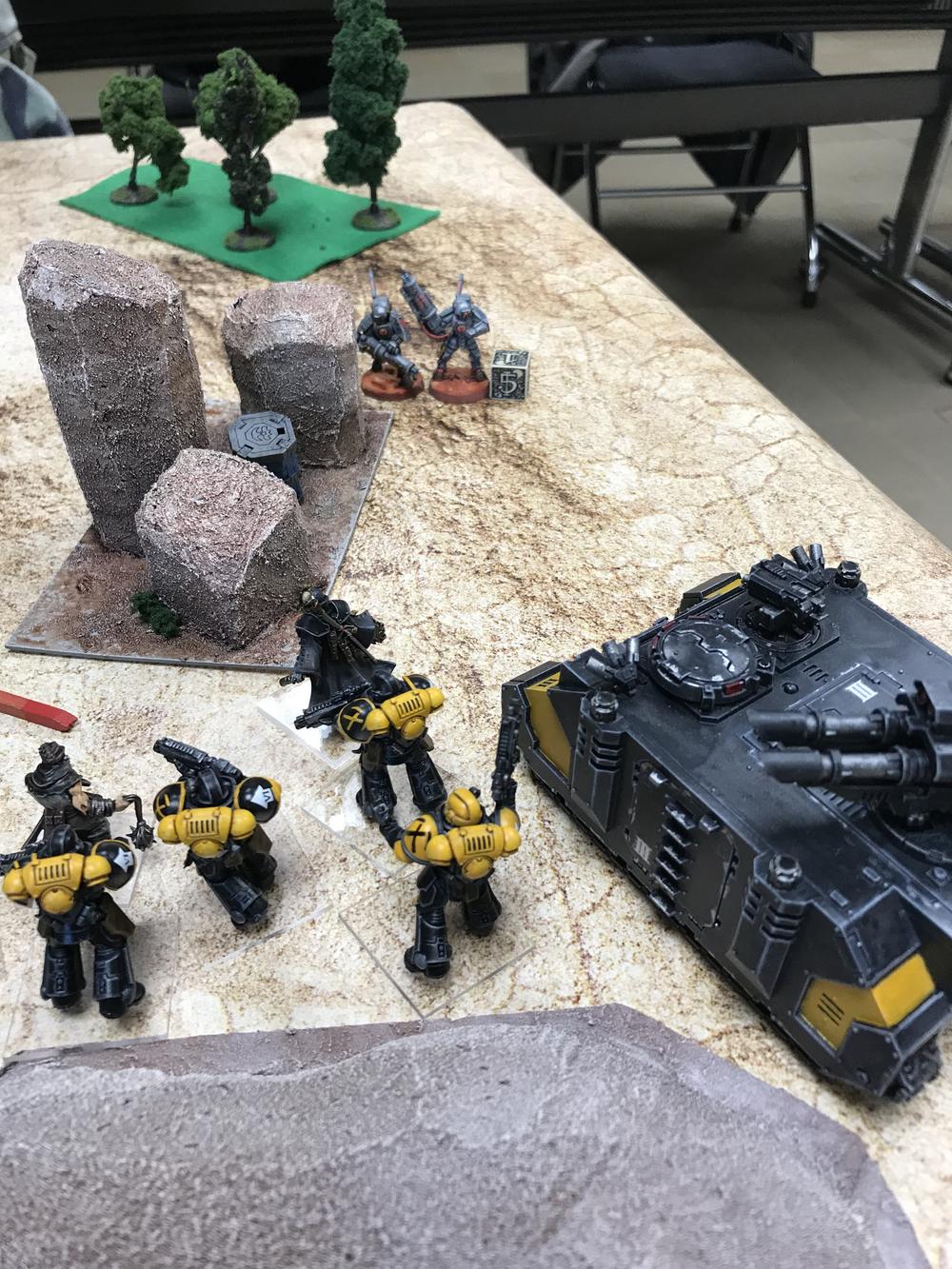 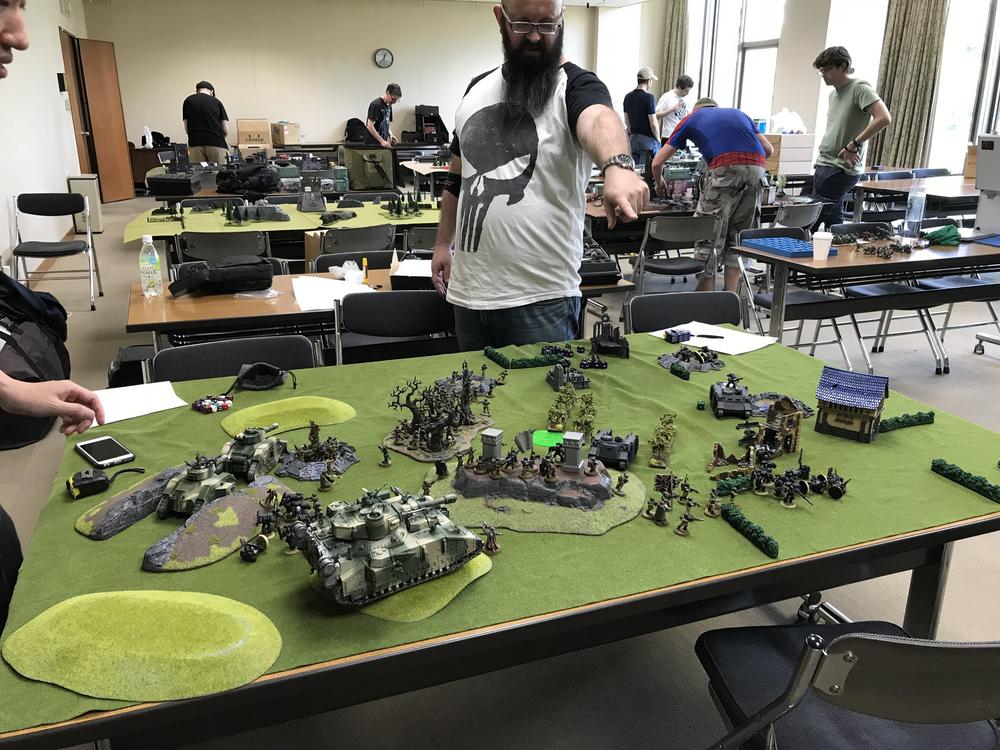 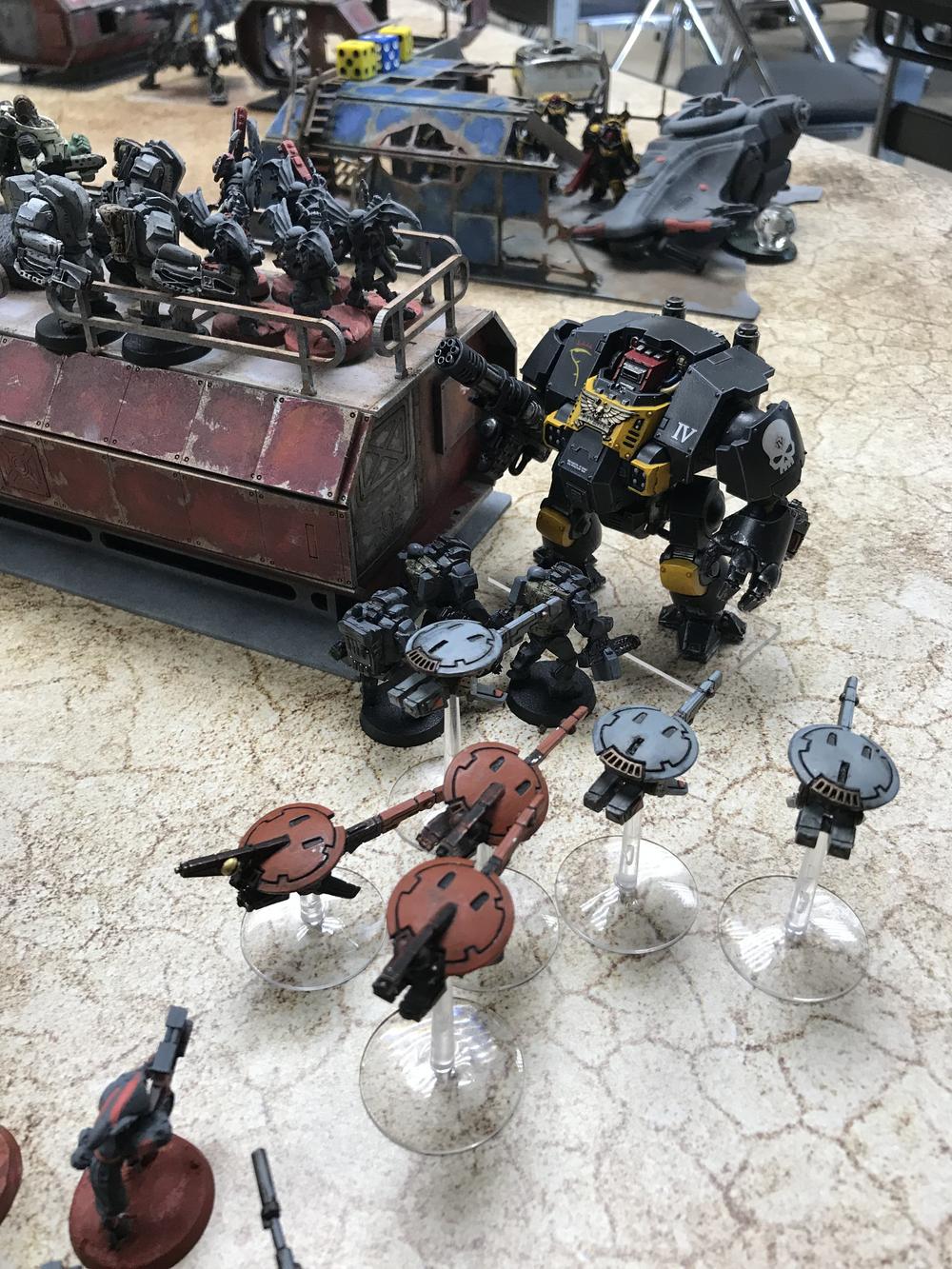 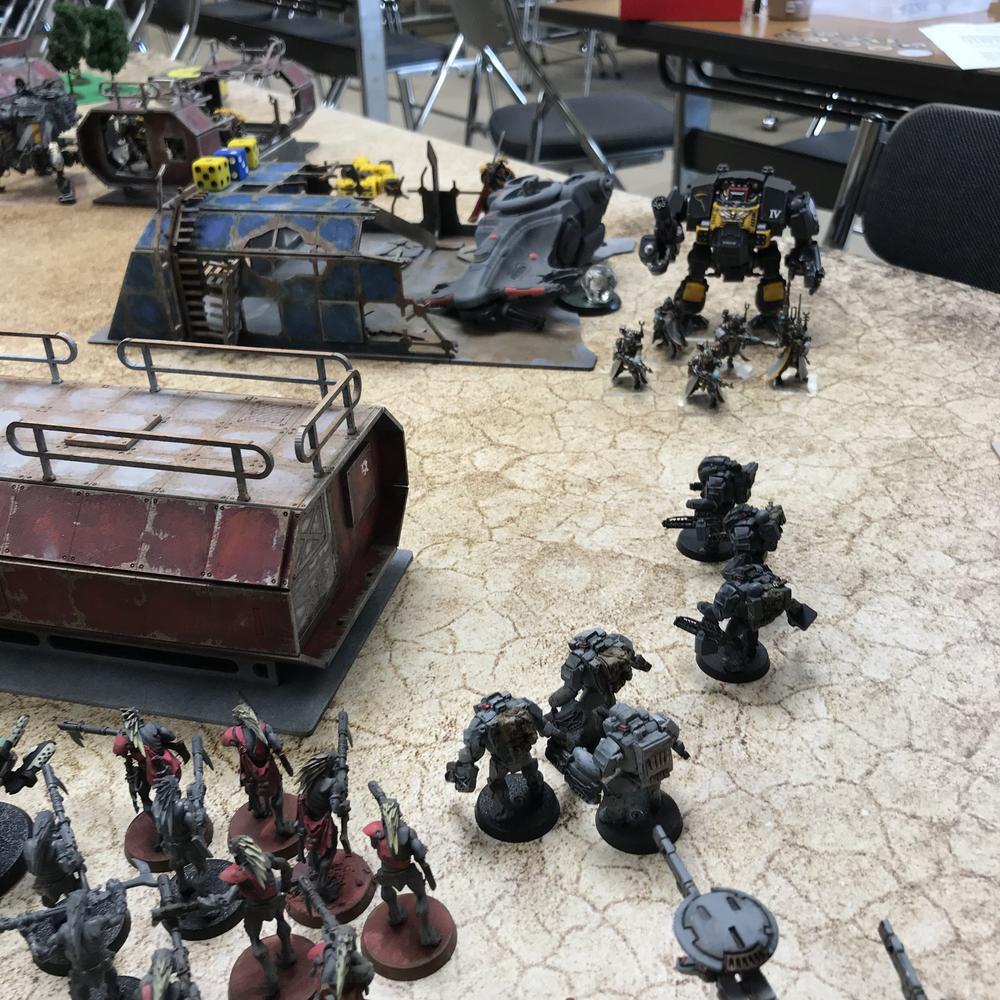 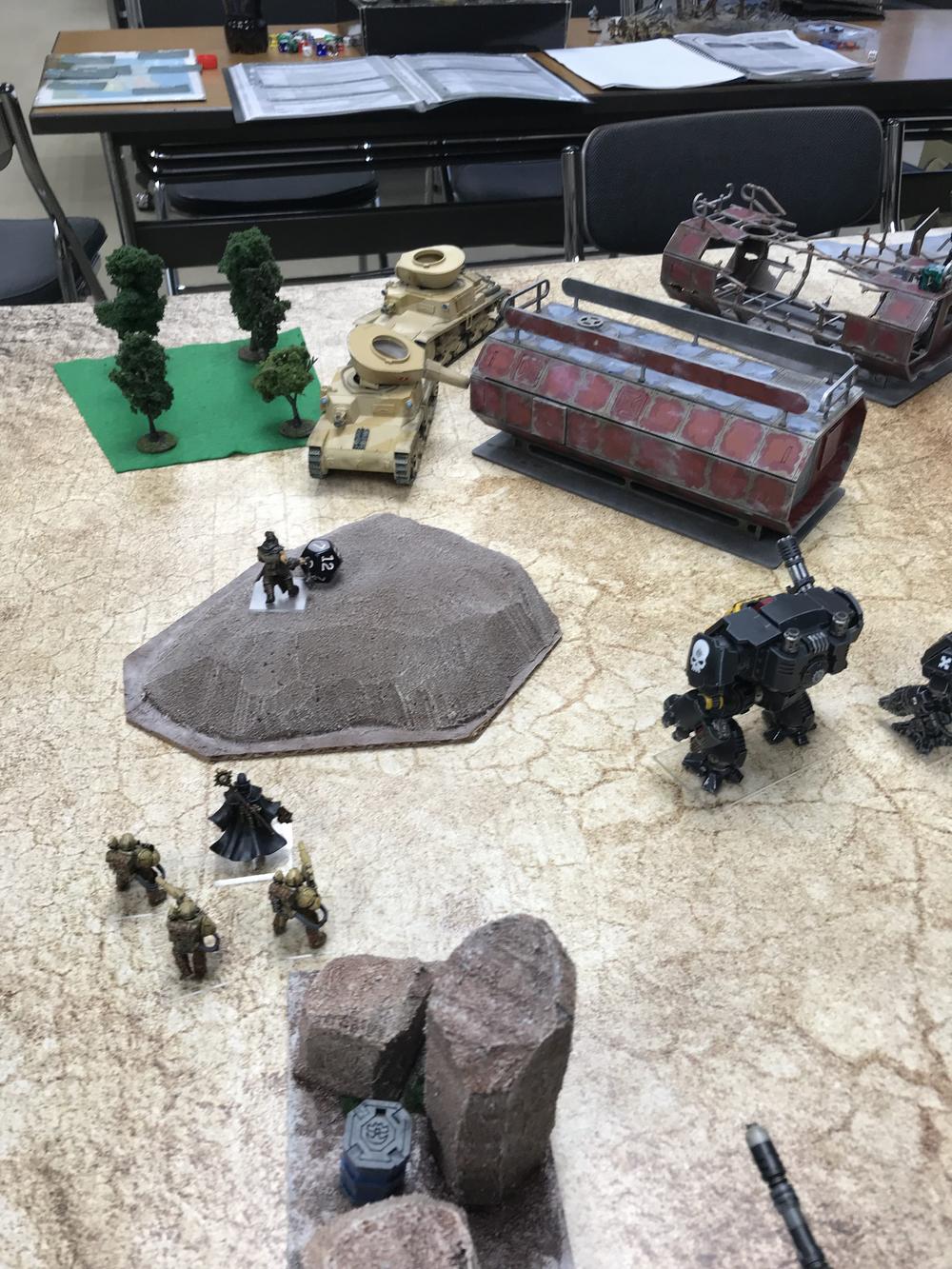 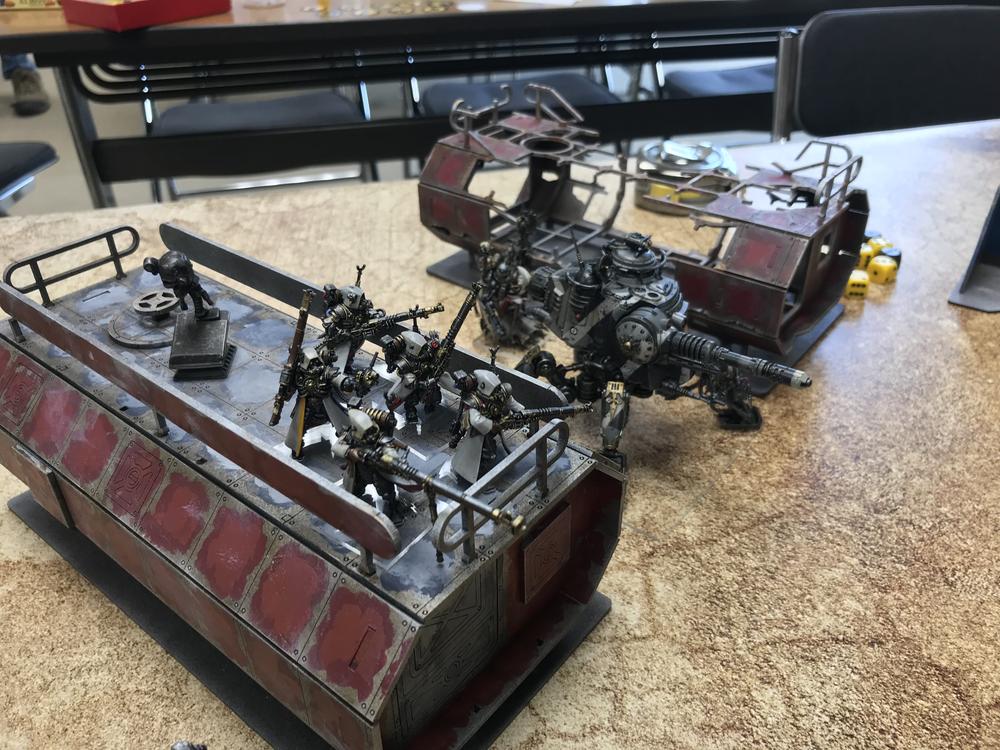