Let's have a GW rumors and sneak peeks thread!

For the discussion of anything related to Warhammer 40,000
Post Reply
329 posts

I know you can buy individual cards for MtG, but is there a similar option for Underworlds?
Option B would be to buy the sets and sell on any minis that you didn't want to people who don't play Underworlds.

#edit#
Or option C, invest in a decent printer.

Yeah, all you really need for casual play is a semi-decent printer - all the card images are freely available. I buy everything because I like painting 'em, but for non-official-tournament play, it's really pretty easy to put a deck together for your warband of choice.
Feel free to call me Dave!
-----
Miniatures painted in 2020:
AoS-iverse: 98 infantry
40K-iverse: 90 infantry, 2 vehicles, a whole mess of terrain
Adeptus Titanicus: 1 Titan
Top

yeah, magic is much more intensive in terms of what you need for an "official" deck. underworlds, for all it's flaws (and there aint that many), is a much cheaper hobby than magic. The issue is, as you suggested, you cant buy singles. There isnt enough of a market for people to buy/sell as an ecomony, so as a result anyone who buys warbands is buying them to actually play with. So, the singles market is limited to people who have, for whatever reason, packed in the game and want to sell off everything. (Mostly. There are a few ebay sellers that'll sell you singles, but the way the meta works is that certain cards are just plain better than others, so those cards sell out fast. Imagine if all magic cards had the same rarity. You'd still know what the "rares" were, by dint of their lack of availability.)

plus, I do still enjoy having a range of warbands to paint and play with. F'r example I've never in my life actually played with the Wurmspat, the Beastmen, or the ghouls, but I dont regret buying them at all.
current (2019) hobby interests
eh, y'know. Stuff, and things
Top

Arena for Warcry (with a new boxset which has one questionably flat battleground and one terrain light battleground) which seems like a terrible entryway into Warcry and the hobby since it's going to cost an arm and a leg. The verticality is usually a big appeal of skirmish games so their implementation of the the unique elements of the setting will greatly influence whether or not the subterranean board will be a fun experience.


Agreed, I love the new shadow elves but the terrain seems a little lacking, especially when compared to the first box set.
Malerion in transition
Top

Its an hour long but the first 20 mins is him trying to figure out how to build a list with the app and it basically goes shows off a bunch of issues with the paid version of the app. If you guys have the time I recommend giving it a watch/listen.
Top

A big old preview for 40K yesterday, focusing on Marines and Necrons as they're the first codexes for 9th.

We've got a new kind of Destroyer, wraith-ish with teleportation tech: 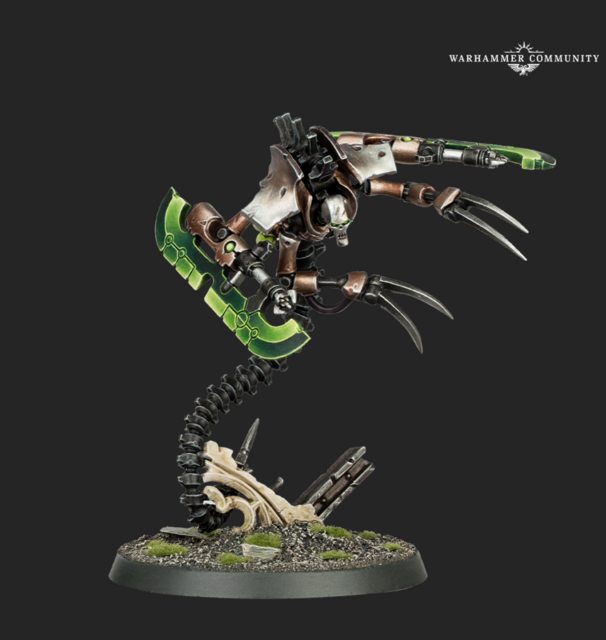 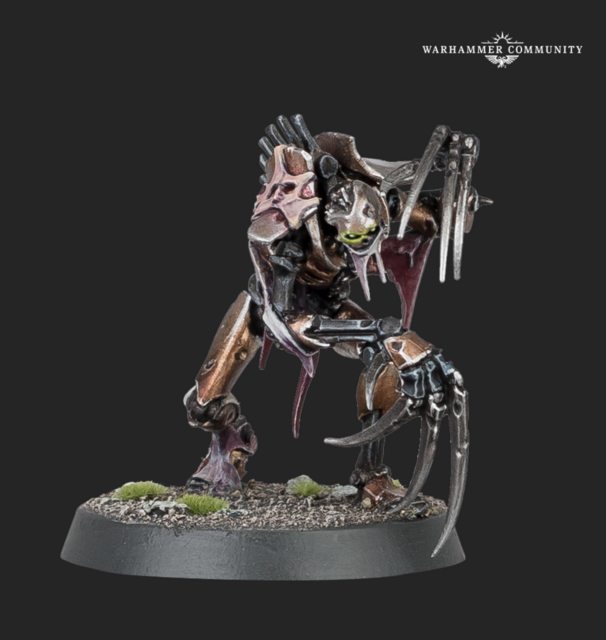 A couple new kinds of Cryptek: 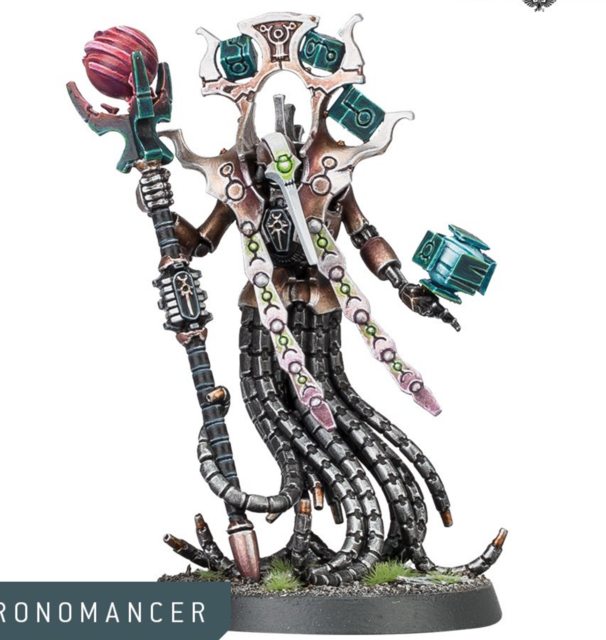 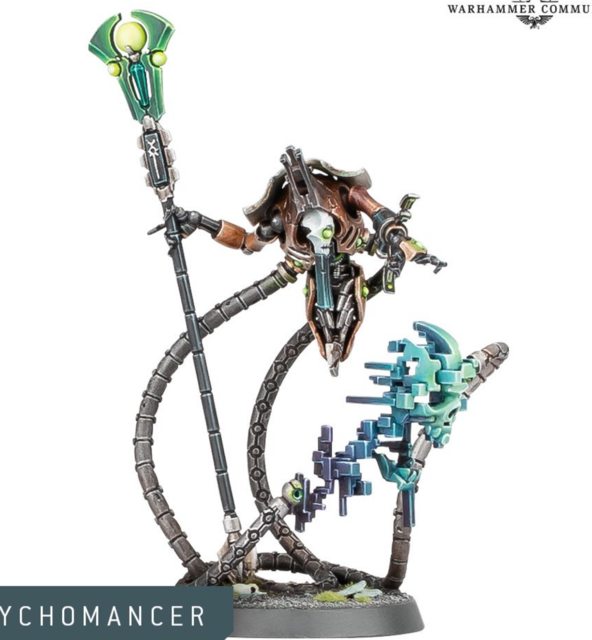 For Marines, we get... a bunch of marines.
Heavy Intercessors in gravis armor: 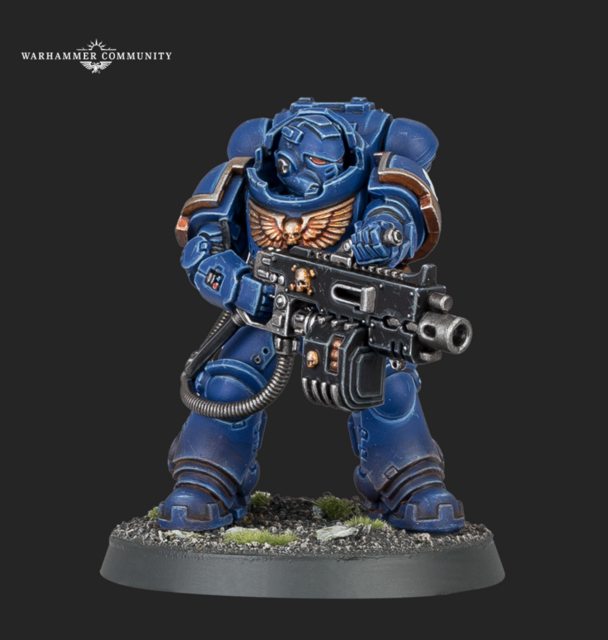 And the multipart melta-dudes, including multimelta option: 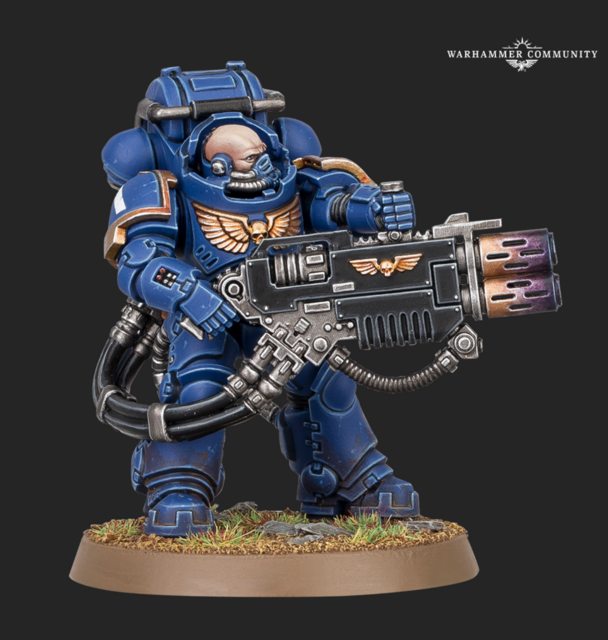 I'm a big fan of gravis armor, so I dig both of these. There's also a new gravis captain.

Also a new speeder, which makes up for the dune buggy thing they showed earlier: 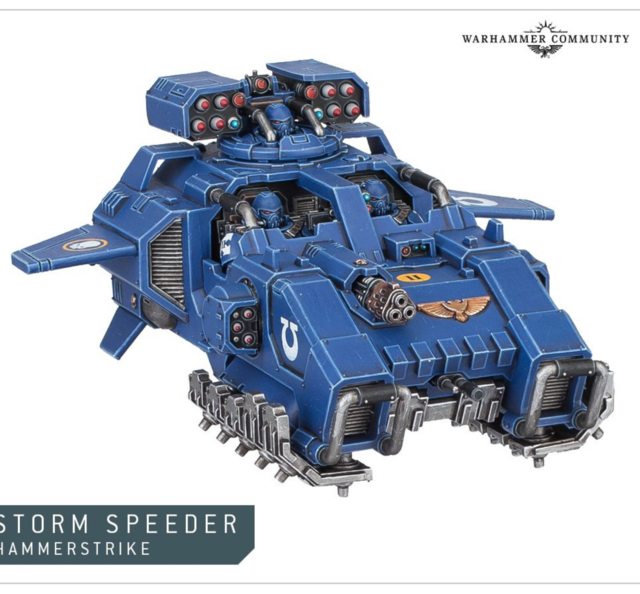 3 different weapon loadouts even. Realistically, it doesn't seem like there'd actually be room for the turret gunner inside the speeder, but eh. I like the model.

Also they confirmed that Death Guard will get some love soon, which makes me happy (although I imagine I'll be seeing some points hikes when they get their second wound). Also this character: 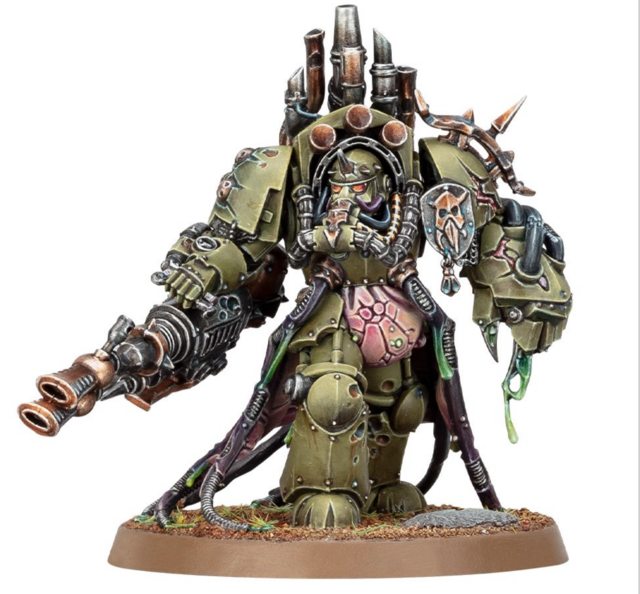 Which I'm actually not to keen on. Kind of skinny for a terminator, and it has a weird mix of very-detailed and very-smooth bits. It just doesn't quite jibe with the 8th edition DG aesthetic for me.

Since the oldmarines are getting a points hike with their upgrade to 2 wounds, Death Guard are probably going to have similar adjustments. In terms of new kits its probably just the new Terminator Chaos Lord and the terrain piece. Rules-wise he's supposed to have a Chaos Lord equivalent stat line and buff Daemon Engines. Personally I feel like he should have been mounted (bike/fly/maggot/drone converted into a flying segway/blight hauler converted into a mobility scooter) if he was supposed to synergise with Daemon Engines other that the Plagueburst Crawlers since he'll most likely have trouble keeping up with the Drones and Blight Haulers.

As a model he seems to have bits of the Death Guard aesthetic but I agree that the thin torso is and makes him feel less bulky and imposing compared to the rest of the range. Also the combination of the Power Fist with a really visible regular hand looks a little comical. Overall he has more of a Fabius Bile feel to him than a Death Guard vibe.
Top

Necrons looked awesome and @Mogus is going to reap our atoms.

Upgrades for marine characters switching to points/PL is a fair nerf. I'll happily take it if it makes Master of Sanctity available for Wolf Priests, but it will make a squeeze getting Heavy Intercessors into a list with the Gravis Chapter Master!

Assault Intercessors getting proper sarge weapons is not surprising but super welcome. I will benefit greatly from that multipart kit without actually needing to buy it (I have 30 already

The new Necrons are all kinds if awesome. Plastic Flayed Ones are long overdue.
Even the marine stuff is pretty cool. The new Land Speeder is a massive improvement over the go-kart.