Regular (and irregular) events in the Nagoya area can be posted up here. If you want to get your gaming fix, this is the place to look first.
Post Reply
48 posts

@Grantholomeu: Ok, 50 points it is. I guess we just use the flip from the first game?

@Balloonacorn: Let's play in September. It's been a while, for sure.
Top

@The Underdweller, Agreed, 50ss, flips for the 1st game.

@Balloonacorn, All priority goes to you next month!
"If you don't make mistakes, you're not working on hard enough problems, and that's a big mistake."
Top

I've packed the Tome of Champions from last year, which has up to date points.
Top

I'm a bit behind schedule. Train confusion, but be there at about 9:30.
"If you don't make mistakes, you're not working on hard enough problems, and that's a big mistake."
Top

Thanks for the great games and excellent company as always folks!

It was a good day for the Aeldari, though the mission setup favoured me heavily in the first game and the luck of the wacky three player battle went with me in the second so can't claim much on the generalship front. Great fun though , and with such tough opponents as Deathwing and Death Guard there's still a hell of a lot of fight in them even very late into the game.

Big thanks to Jus for demoing his game too, great to see that creative energy and hope I did my bit to get the Gladiatrix buffed

Thankyou Dave for the game today and apologies to everyone for leaving early!
We had a really fun and close game using the 40k maelstrom of war rules. I really recommend them to anyone looking to spice up a 40k game a little bit.

Here's a nice before and after of my battle lines. The Guard held the line but with many casualties (as per usual 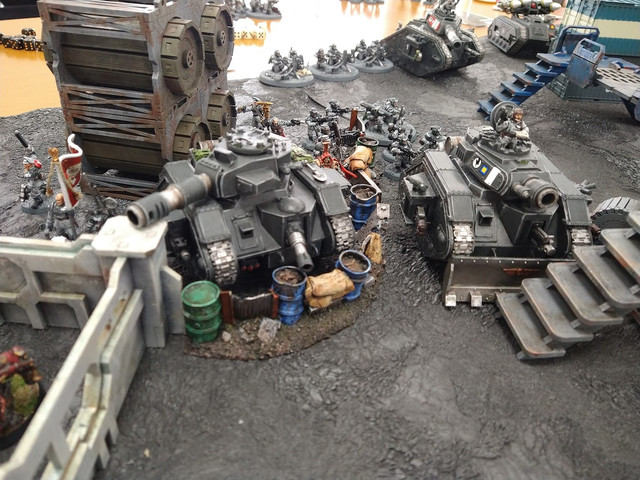 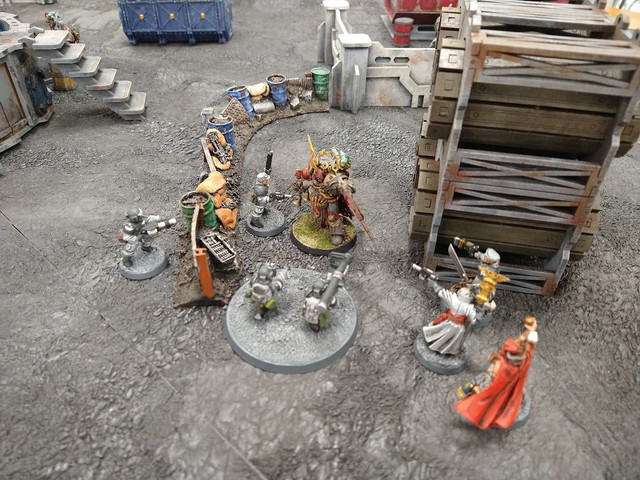 Thank you to Jye and Konrad for helping with play testing oday. It was really helpful to hear suggestions and constructive criticism about what worked and what needed balancing. Goblins gang up mechanic is getting nerfed to not one shot heroes. Gladiatrix is definately getting painted next!
Top

Good fun last time. In spite of my brand new Sniper taking out Itakura's Captain with a natural "20", first shot, it was a bit of a nail biter. That is once the "APE X- Warbot" showed up. Been waiting for a couple years at least for an excuse to put that on the table. It "random-encountered" around for a while, putting a few rounds into my Hacker (ouch) and then spotting some of Itakura's crew and started chewing them up. And Jus, your little skirmish board game is a lot of fun. We'll have to give it a go again. And again, I don't think making armor values a die roll would slow things up really. ...and now his Head was full of nothing but Inchantments, Quarrels, Battles, Challenges, Wounds, Complaints, Amours, and abundance of Stuff and Impossibilities.....
Cervantes, Don Quixote
Top
Post Reply
48 posts