For the discussion of any other tabletop games. e.g. Malifaux, Dropzone Commander, Infinity etc.
Post Reply
7 posts • Page 1 of 1

Long story short, Privateer is launching a kickstarter for a new game, a sci-fi version of Warmahordes, set in the same universe but 5000 years in the future.

The aesthetic looks more Infinity than 40K (in fact, pretty much just "like Infinity" to me from that single image - I'd actually seen it on Twitter and passed it by assuming it actually was just Inifinity), which is cool I guess. Sounds like it'll be warcasters and mages and warjacks just like Warmahordes. Minis in metal and resin. Actual customizability of your characters. Launching with 3 factions, all (as far as I can tell) basically human.

I'm sure they have enough fans to fund a kickstarter, but I'm not especially optimistic. From what I know, they've been struggling since flubbing the launch of the new edition of Warmachine (and admit in the KS announcement that they've been having trouble with getting product into customers' hands), and the relaunch of Monsterpocalypse also seems to have more or less sunk without a ripple. Sci-fi skirmish games are a very crowded market ATM, and in fact I'd go so far as to say the steampunk aesthetic of Warmahordes is one of its major selling points that differentiate it from different products. (On the other hand, chatter online about the developers' discussion of the game in the video you can find at the announcement suggests it's actually drawing quite a bit from MonPoc in terms of game design, so it's not just a straight rules port to a new setting, so who knows?)
Feel free to call me Dave!
-----
Miniatures painted in 2022:
40K-iverse: 22 infantry
AoS-iverse: 16 infantry
Adeptus Titanicus: 4 titans, 6 aircraft
Board Game Minis and Such: 17 meeples
Current Queue: 20 models in 6 lots
Top

I'm going to try and resist backing it but apparently it's alternating activations... And it's hard to resist shoulder mounted cannons.
However I'm not a fan of resin/metal so that's probably going to be a deal breaker for me.
Top

This...worries me. I'm in some of the PP groups on facebook (despite not having played Warmahordes in years) and the general response to this seems to be a big fat "meh". I think the major criticisms are:

WMH 3rd ed is much disliked due to power creep/poor distribution, and folks fear more of the same.
Why is PP using KS to launch this? Are they having financial issues? Using KS alienates LGS owners something awful.
The factions, at least at launch, are kinda samey.
Resin/Metal only? in 2020? Huh?
Infinity already exists.

And my own personal criticism: Why launch a sci fi game with no aliens? What the what?

On the plus side, alternating activation is good?

My hopes, not high, they are.
current (2019) hobby interests
eh, y'know. Stuff, and things
Top

Hmm, looks like this is still happening - we have some renders of the models.

And man, I'm not really trying to hate-discuss a game nobody here is going to play, but: let's talk miniature design a bit. 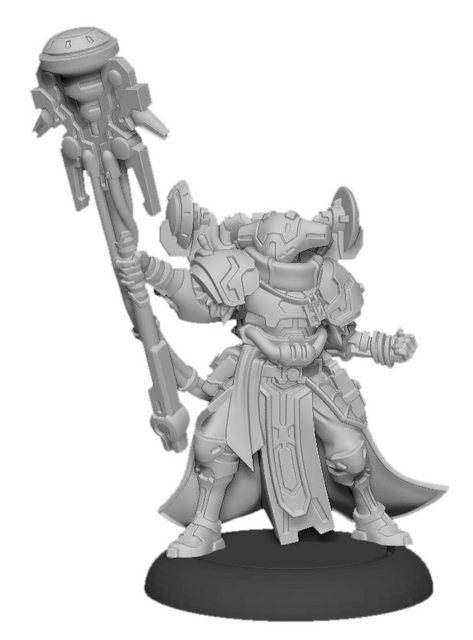 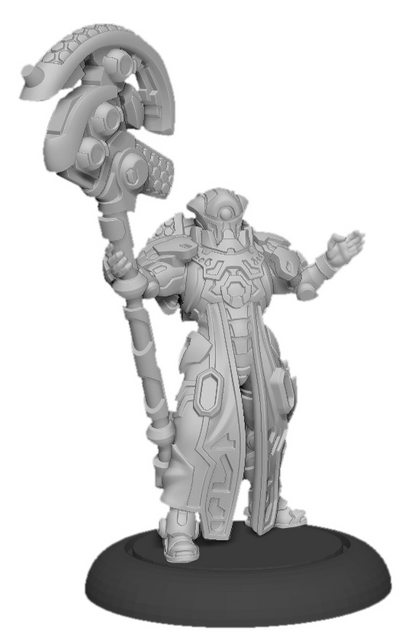 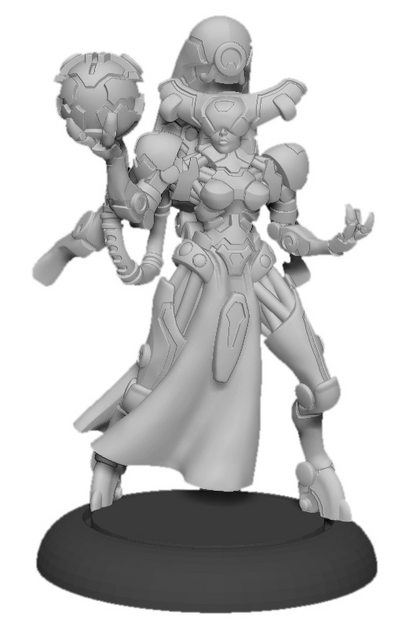 Quiz: Are these three models from the same or different factions? What can you guess about the nature of each faction from the design of the models? (Caster models from three different factions, and no I have no idea what's supposed to differentiate them. Discs vs Hexagons vs Spheres I guess.)
Feel free to call me Dave!
-----
Miniatures painted in 2022:
40K-iverse: 22 infantry
AoS-iverse: 16 infantry
Adeptus Titanicus: 4 titans, 6 aircraft
Board Game Minis and Such: 17 meeples
Current Queue: 20 models in 6 lots
Top

Discs Vs. Hexagons Vs. Spheres is a critical discussion we as a society should be having right now. In a post-pandemic world, which geometric design should reign supreme is going to be the decision which affects every generation to come. Making light of it in such a fashion makes me wonder if you truly have any grasp of the importance and magnitude of the crisis we face going forward.

But yeah, I'm not that impressed by those minis.

I hang my head in shame for not checking my geometrical motif privilege.

Return to “Other Games - 他のゲーム”